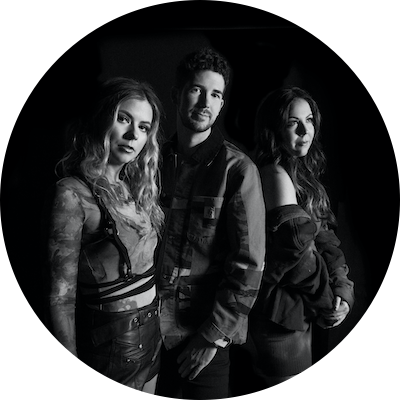 Musical groups usually have an origin story; how they met and when the creative chemistry went from imagined to undeniable. Not Track45. The sibling trio – Jenna, Ben, and KK Johnson – from Meridian, MS, can’t recall a time when they didn’t know each other. They were “always there” and so was the music.

While each is a gifted songwriter and musician with individual publishing deals and impressive writing credits, their combined hopes and passion for music can be heard in every note of their dream big sound. The trio’s crystalline harmonies and track-charged musicianship sound current yet classic with timeless themes. They’ve taken family-based small-town values and stories and made them relevant in a modern world.

“We write what we know, how we live,” explained Jenna. “We write about real life and real stories; and small towns and big dreams.”

That “small town and big dreams” mindset, combined with soaring vocals, inventive instrumentation, and a knack for writing expressive lyrics sets the foundation that can be heard in every Track45 song. Their unique and natural take on country feels like it has always been part of the musical landscape while adding new twists.

A fresh approach and the classic stories of life in a small town are the substance of their debut outing on Stoney Creek Records/BBR Music Group. The collection captures a multi-layered, crisp, soulful sound that draws effortlessly from their assorted country, rock, R&B, and pop playlists.

Comprised of three tracks serving as their introduction into the country music scene, Track45’s debut EP, Small Town, consists of the upbeat “Come On In,” with an inviting hook and an a cappella intro that tells you exactly who they are and where they come from, “Me + You,” an instrumental groove laced with steel guitar, and the up-tempo song “Met Me Now,” which mines regret and the desire to reset time.

The second of their introduction EPs, Big Dreams, follows their fall debut EP, Small Town. Their newest release, Big Dreams, combines tracks from their Small Town EP with one new original and one incredible cover. “Little Bit More,” with a catchy dose of rock ‘n’ roll yearning, and a cover of the one and only Dolly Parton’s “Light of a Clear Blue Morning” contributes to their story of gaining that newfound freedom of moving to Nashville to chase their dreams and feeling the eagerness to soar. Totaling five songs, this collection of songs prove Track45 has sound and texture the Country format has been hungry for. Among these five tracks is the trio’s debut single “Met Me Now.”

The trio have songwriting credits on every original track and produced several cuts, but they also enlisted an elite list of creative collaborators including Grammy-winning producer Byron Gallimore.

Upon moving to Nashville, songwriting became a way of life, writing two songs a day for years until they each signed publishing deals. Success followed with outside cuts from a diverse list of artists including Justin Timberlake, Charlie Puth, Dierks Bentley, Weezer, Lee Brice, HARDY, Lauren Alaina, and more.

Voracious learners with a work ethic to match, they taught themselves how to create beats and record all their own demos. “The logic was that we could go from good writing rooms to better rooms if we could bring something more to the table,” Ben explained. “We learned everything we could.”

Eager perfectionists, the walls of their shared Nashville rental were covered in timelines and dream boards. And it wasn’t long until their drive and talent attracted attention from some of the industry’s leading executives including Missi Gallimore of T.R.U.T.H. Management and Borman Entertainment, who have a joint venture to manage the group.

Track45 may have honed their craft in Nashville, but their foundation was forged in Meridian, MS, known for being the birthplace of Jimmie Rodgers (the Father of Country Music).

Family is the source of their sibling harmonies. Mom sang them to sleep with lullabies and taught them to sing along in harmony. Grandpa was the church choir director. Their uncle performed with a barbershop quartet. And their piano-teacher grandma, nurtured their musicality with weekly lessons that led to playing a variety of instruments including guitar, banjo, cello, mandolin, and a fiddle dubbed “Blue Suede” in honor of Elvis.

Don’t make the mistake of thinking a small town equates limited opportunities. Meridian may not have a Starbucks or Target, but Joel and Susie Johnson made sure their children had every opportunity to become “well-rounded” people. Their arts-loving mom started a non-profit theater group for high school students and the Johnsons grew up playing sports as often as playing instruments including tennis, soccer, and baseball.

But they kept coming back to music.

“Music wasn’t the only thing we did, but it was the thing we loved the most,” said KK.

“And it was the one thing, we could all do together,” added Jenna.

“We literally grew up singing around the kitchen table,” said Ben. “That sounds ‘cheesy,’ but some of our best memories are singing harmony around the table.”

Idyllic, but far from easy, if they wanted a musical instrument, they had to work to pay for it. One of their first forays from the kitchen table was playing at a local nursing home. They knew one song, Hank Williams’ “Jambalaya.” At the time, Ben had only mastered two chords on mandolin. “Every third chord, I just stopped playing,” he laughed.

They played everything from weddings and funerals to churches and parties, but an out of the blue audition and invitation to play a week-long, bluegrass and BBQ festival at Dollywood in Pigeon Forge, TN, changed everything. The experience solidified their desire to perform and the dream board goal was Nashville. But there were no handouts. The trio played gigs, had yard sales, taught tennis, swimming, and music to raise the money to move to Nashville. KK, then 15, finished high school early and entered Belmont University at 16. Jenna and Ben completed degrees at Lipscomb University and Belmont respectively, and they immersed themselves in the music industry.

“We were told we needed to ‘Be where the music is,’” said Ben.

Even with 335 miles separating Nashville from their hometown, their formative years remained close at heart. Their name, Track45, is a blend of each: an homage to Meridian’s railroad history and the songs on an album; a 45 record as well as the highway that took them to countless gigs in the family’s Mazda MPV. 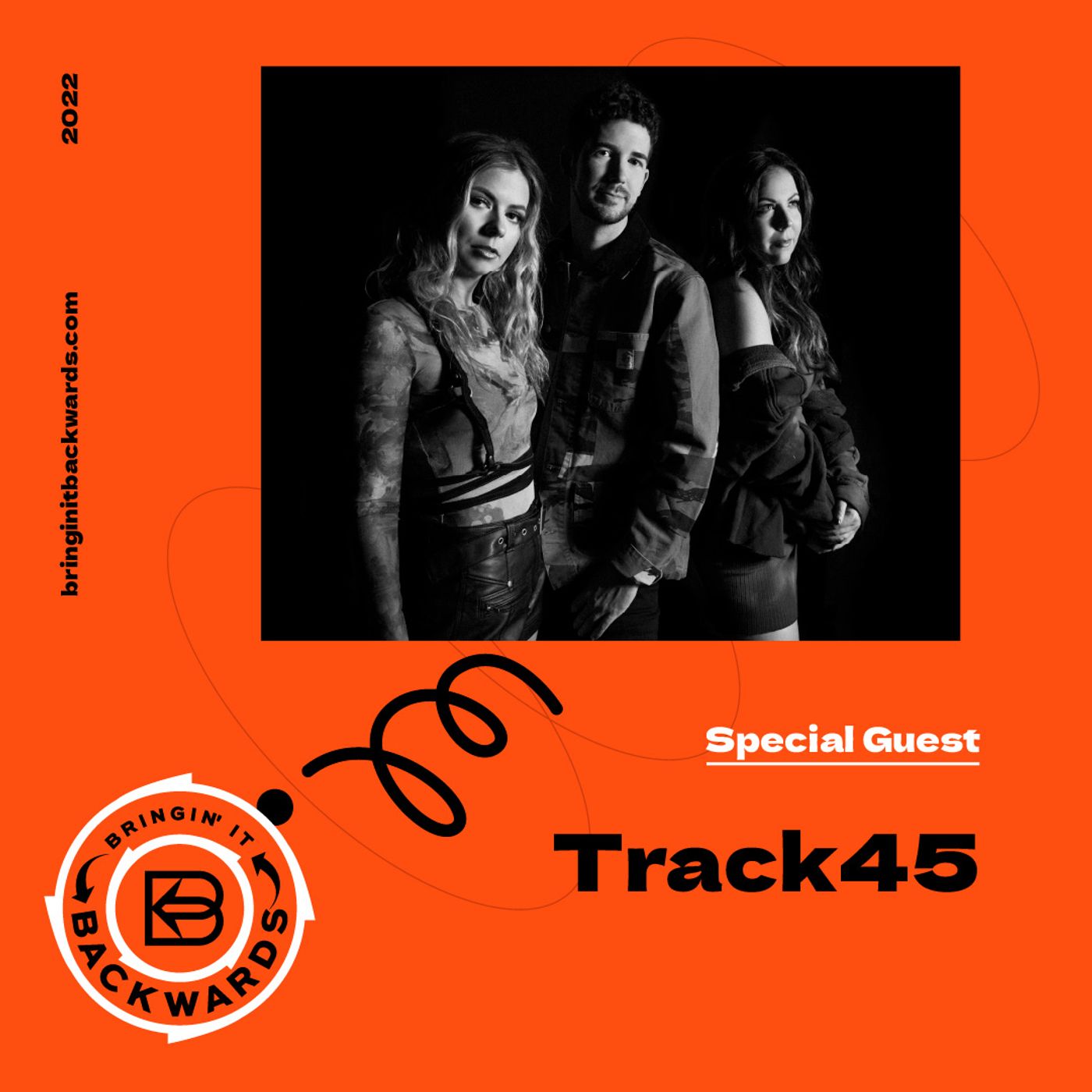 We had the pleasure of interviewing Track45 over Zoom video! Rising country trio Track45 announces its signing with United Talent Agency (UTA) for booking. The trio, made up of siblings Jenna, Ben and KK Johnson, will be working with UTA …