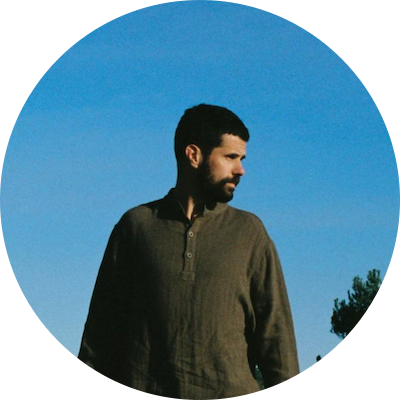 Journeys come in a myriad of forms. Nick Mulvey knows this, he’s been on many in the five years since he released an album. Be it a change in geographical scenery – a physical move of home from the UK to Ibiza, and back – to the sea-sawing wonder and vulnerability of the everyday human experience; in this case becoming a father and navigating the pandemic. Most pertinent though, when it comes to his powerful songwriting, has been his journey to compute the scope and scale of his feelings: an attempt to embody the personal all the way to the planetary – and grasp their true inseparability.

“If there’s one word that sums up what this album is about, it’s ‘interbeing’” he says of New Mythology. In these times of urgent crisis and great opportunity for the earth, these are songs that recognise the symbiosis between family and friends, land and trees, soil and sky “I am in the city, in the forest and the field”, he sings on Begin Again. Yet, they’re not just loveletters to our environs, they're also enlightened and balanced – stories that recognise the peril of our heating planet but also celebrate the reemerging, ancient ways of relating to the world and each other.

On New Mythology, humanity and the natural world are enmeshed. That’s interbeing – that’s the interconnection of all things. “For me this album is about showing up and not running away. From myself, from these times, from taking responsibility. I could coast on inspiration, charm and high vibes and not worry about the more structural things in my life,” says Mulvey, “but who would I be kidding? After a while you have to attend to them and I want to. It’s about recognising privilege, it’s about being real. [The album] is about grounding: this planet, my life – and it’s about bringing the spiritual ideas down to earth, properly applying them.”

While thematically there’s a lot to unpack, New Mythology is both clear in process, and in vision. Mulvey’s way of picturing it is like an electricity grid: “It’s like each conducting channel has been cleaned,” he says, “overall there’s more current running through this record”. To get there, the songwriter has come a long way – both experientially and philosophically. A founding member of the award-winning British collective Portico Quartet, he left in 2011 to concentrate on his own material. Once solo, he released the acclaimed debut album First Mind and 2017’s celebrated Wake Up Now, along with a number of EPs.

For this collection, Mulvey set out with high expectations. Good fortune also played a part. As the second wave of the pandemic began closing down European travel corridors in winter 2020/spring 2021, his route between home in Spain and Paris – where he was recording with the renowned Renaud Letang [Manu Chao, Feist, Connan Mockasin] at Studio Ferber – somehow remained open. Daytimes in the recording space were rigorous, with evenings spent in hotel isolation ordering takeaway. “[Renaud] has a well maintained standard of what record producing is and what conditioning performances are about,” he says, remembering how he’d record multiple takes of each song. “He was making me a better musician; a fitter musician.”

As for direction, New Mythology is a collection that meets this moment head-on – Mulvey’s own circumstance and the earth – in a deeply moving way. “The time of the lone wolf is done,” goes the totemic opening lyric on ‘Star Nation’, in reference to the individualistic, extractivist human systems that have caused climate change. It goes on to contain references to the Oraibi Elder’s Hopi Prayer and an inversion of Mulvey’s favourite Bob Dylan lyric (“crying like a fire in the sun” – ‘It’s All Over Now, Baby Blue’). Like many of the songs here, it’s both tender and stark. And the music video, directed by Kate Bellm, forms a stunning accompaniment.

The album’s opener, ‘A Prayer Of My Own’ – which features the voices of Mulvey’s son and his mother – is, in part, a track about feeling “rootless, scared and shocked” in the early throes of the pandemic. It’s also a piece both influenced by the spiritual leader and early pioneer of the U.S. psychedelic movement Ram Dass (“keep me an open heart in hell / give me courage to feel it all”) and a need to express solidarity with the Black Lives Matter movement (“finding the colour of my rage / giving that rage a place”). It’s an expression about confronting the inescapable hardness of things, a visceral poem from the depths of Mulvey’s soul that’s somehow both broken and regenerative. The soreness can be felt: “How to bear the unbearable?” he sings. “I find my ancient friend / oh come to help me once again”.

Also central to the album is ‘Brother to You’ – about a need to tend some unrepaired relationships. “I undervalued some really important things with regards to some friends and some friendships,” he explains. And ‘Begin Again’ – one of the most challenging pieces to complete, as Mulvey spent hours trying to wrap his head around its many strands: family ancestry; national identity; the planet; grief. The lyrics feature biographical references contributed by his family. “That track’s the journey of coming into embodiment,” he comments.

While these are Mulvey’s songs, he’s keen to distribute credit: the friends and family, teachers past and present who’ve helped him arrive at this point. “I literally couldn’t do this from my limited perspective,” he acknowledges. He reached out to mentors – like the Polynesian ambassador and elder Aunty Ivy – to check the cultural sensitivity and accuracy of his words. Thomas Berry’s collection of essays evening thoughts and Mac Macartney’s book The Children’s Fire has also had a meaningful role in his learning.

“I want to provide refuge for listeners,” he says, mulling his intention for New Mythology. “refuge in these times. The songs are not more distraction and are not spreading more fear or panic – they are about being deeply in this time. I hope the album supports people and I hope it inspires and stimulates new ideas, insights and ambitions. I hope it also generates a sense of the sacred within its audience.” 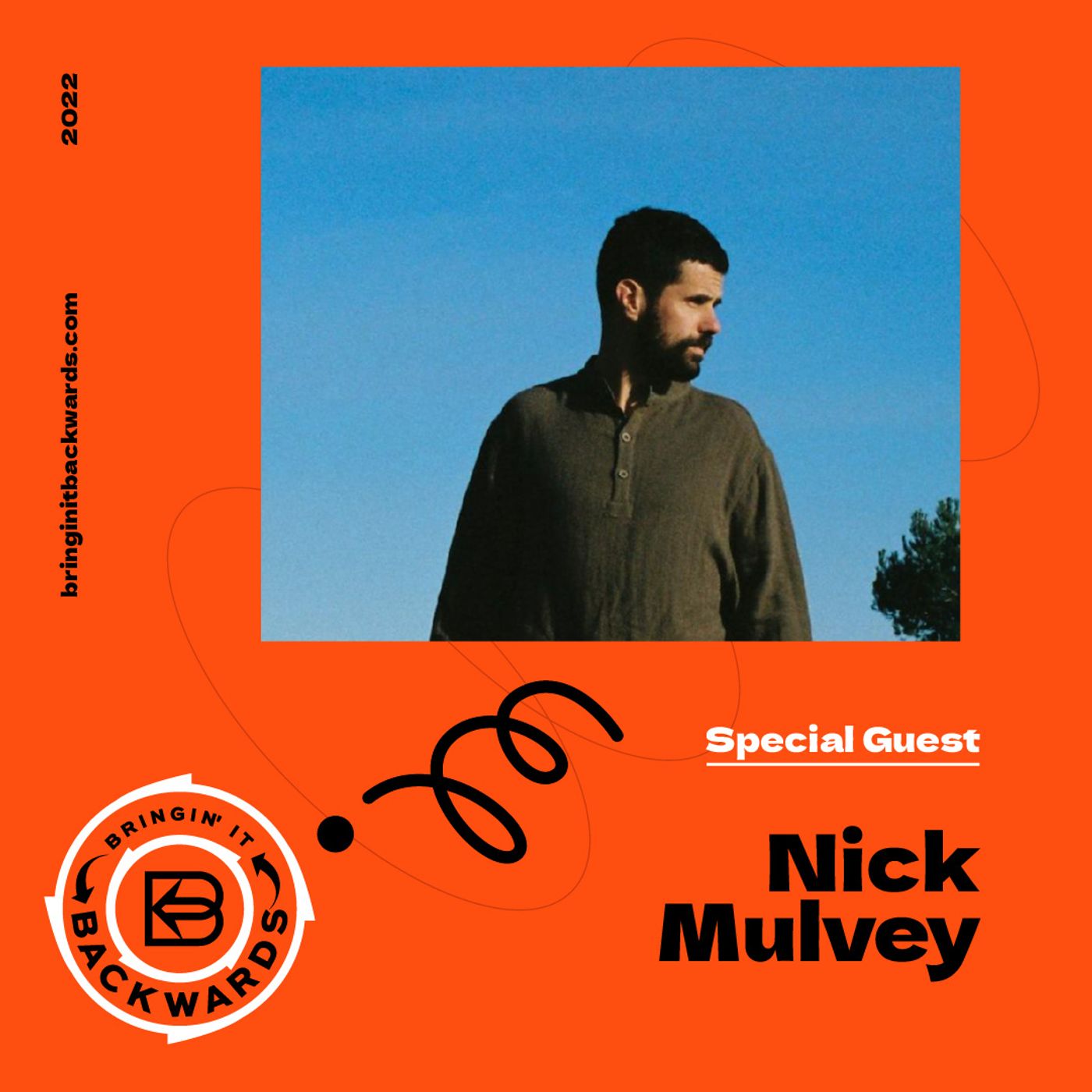 We had the pleasure of interviewing Nick Mulvey over Zoom video. New Mythology is the third album from Mercury Prize-nominate…