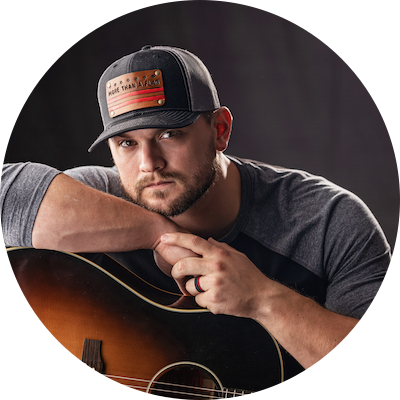 Brandon Davis’ dad Rick was driving home from a show many years ago when an old Vern Gosdin song by the name of “Chiseled in Stone” came on the radio. The lyrics caused him to pull his Ford F-150 truck to the side of the road, just so he could take in the emotion of the song.
“I remember my dad telling me that when you write a song, always make sure that it has a story to tell,” Davis remembers of the advice his father would give him years later. “By telling a story, people will connect to it, and that’s when you will know you are doing something right.”
Doing something right is essentially what Davis finds himself doing right now, as the rising country music star with impressive musical genes finds himself on the cusp of country music stardom, stardom that began to take hold when he was just a little kid with a dream.
Davis grew up in Chattanooga, Tennessee, one of four children. He was blessed with a set of hard-working parents who always supported their son’s interest in country music and baseball. And yes, Davis did come from a musical family, one which started with his Mamaw and Papaw, who travelled the country singing Gospel music and continued with his father, who chased a career in both Gospel and country music throughout his life.
And as he grew up, Davis too found himself being pulled towards music.

“It took a while for me to learn to play the guitar but once I did, I couldn’t put it down,” chuckles the country music wordsmith, but he speaks thy truest of words. Davis would spend his days playing the music of Merle Haggard and Waylon Jennings at places such as the Birchwood Family Opry while doing his best to emulate his father, an accomplished musician who even served as an opener for a Garth Brooks show back in 1988.

But first, there were baseball games to play, and talent shows to enter, including the one that took place at Snow Hill Elementary School, in which Davis would stand tall singing a Billy Gilman song. “The first show was terrifying, but once it was over, I realized just how good it felt to be on that stage.”
Soon, a shoulder injury would keep Davis off the baseball field, leading him to pursue a degree he could build a stable life on. Armed with an Engineering Management degree from University of Tennessee, Davis found his life playing out in front of him, leading him to meet and marry the love of his life Destiny and making a home with their three children.
Life was good.
And then, it wasn’t.
In 2019, a near-fatal car accident landed Davis in the hospital, leaving him to spend many precarious days focusing in on the dreams he had already decided to put on the backburner. “I couldn’t tell our kids to go chase their dreams if I wasn’t going to,” remembers Davis, who was a dad of three with another baby on the way at the time of the head-on collision. “The accident was my chance to change everything.”
So, with the help of Destiny and a world that found themselves constantly at home due to the ongoing pandemic, Davis spent 2020 going viral thanks to covers of everyone from Chris Stapleton to Brad Paisley. His impromptu performances, which were always sparked by a “Hey Baby,” were watched by a growing legion of TikTok fans who were not only falling in love with the grittiness of his voice, but also falling in love with his genuine love of life.
Conjuring up much deserved comparisons to country music powerhouse Luke Combs, Davis now finds himself with over 1.5 million followers on TikTok alone who lovingly refer to themselves as the BD Brigade. His videos have also been liked over 10.8 million times, inspiring Davis to quit his job in the fall of 2021 as a Sprinkler System Designer in favor of following his country music dreams.

Davis now finds himself as the latest artist to be signed to Nashville-based label, artist development and publishing company Big Yellow Dog Music, has released songs such as “The Kitchen” and “Minus You” and has even received an in-depth feature on People.com.

"When Jacee Badeaux (Creative Director) brought Brandon to our attention, we knew we had to sign him," says Big Yellow Dog Music co-owner and CEO Carla Wallace. "First, we loved his songs and his performance, but we all fell for his charm and his passion once we met the Chattanooga boy and his family, which consists of four kids, wow!"

But make no mistake – Davis continues to take this all with a certain amount of trepidation, fully recognizing that this sliver of a chance to achieve country music stardom is something that could have easily passed him by.

“You don’t realize all the blessings you have until you go back and count them,” he says quietly. “It’s these blessings that I carry with me now as I push toward that next level.”
He draws in a deep sigh.
“I don’t care if I am playing a next-to-nowhere place in some small town or playing on the Grand Ole Opry stage…I’ll be just as excited to hop up there as the day of that very first talent show.” 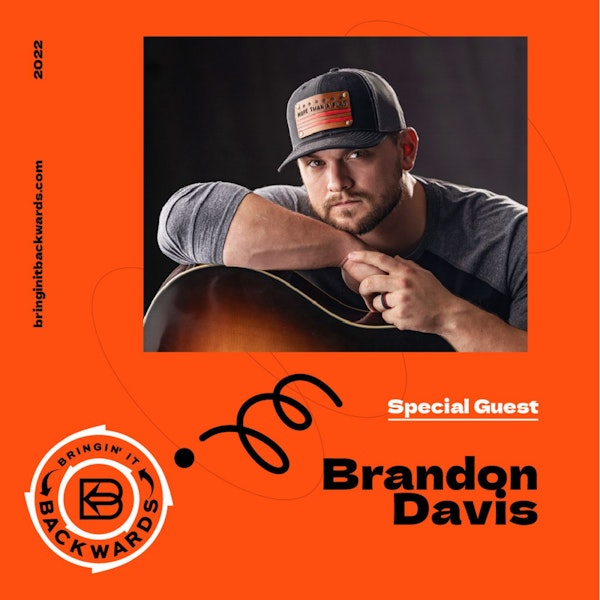 We had the pleasure of interviewing Brandon Davis over Zoom video! Brandon Davis' grassroots popularity is skyrocketing and PE…