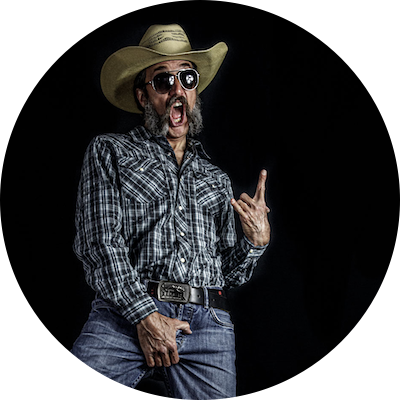 Born to a pair of dope smugglers in a seedy motel along Highway 66, Beau Nair was an outlaw on the run from the moment he pooped out of his mama's babyhole. His radical ways and dangerous vices were leading him down the road to degradation until one day at age 4, he heard legendary country singer Jim Reeves on an old Victrola in the backroom of a New Orleans brothel. It was that fateful day that Beau found his calling: to become the greatest country superstar the world had ever known.

As Beau traveled the highways of America, he spent his formative years in honky tonks, saloons and pool halls soaking up all the glorious 45's their jukeboxes could spin. Beau began learning boogie woogie piano from the best of the barrelhouse badasses while toking on their personal stash. In time, Beau became a man of stature and grace, who smelled like weed and sex and looked like there was a damn good reason for it.

Jacked on coffee and weed, Beau honed his skills writing songs and spilled the deep secrets of his heart and soul, as well as his prodigious loins. He mastered the bass guitar and decided that he was going to bring something to country music that it had always sorely lacked: funk. In marrying the two genres, Beau Nair created FUNKTRY, a style to unify his sweet melodies and saucy lyrics with a groove so deep it'll leave marks on your sphincter.

On one fateful tour when this itinerant outlaw was rambling across California, Beau Nair ate what Bill Hicks would refer to as a "heroic" dose of mushrooms and squeegeed his third eye. From this major tripping of the balls came a torrent of music from Beau Nair the likes of which had never erupted from within. In a year's time, over a hundred saucy, juicy, funky tunes poured forth, giving Beau the ammunition for a hot Funktry overload. The world was finally ready to experience Beau Nair in all his raging glory and ass-shaking groovaciousness. Ready or not, hair comes Nair!

In creating this new music, Beau Nair is ready to change the worlds perception of country music as a bunch of uptight autotuned white folks whining about a bunch of pointless shit. It's time to get down and dirty and party like it's 1976. Oh, it's on, motherfuckers! Prepare your earholes (and the rest of your active orifices) for the power and the passion of Beau Fuckin' Nair! 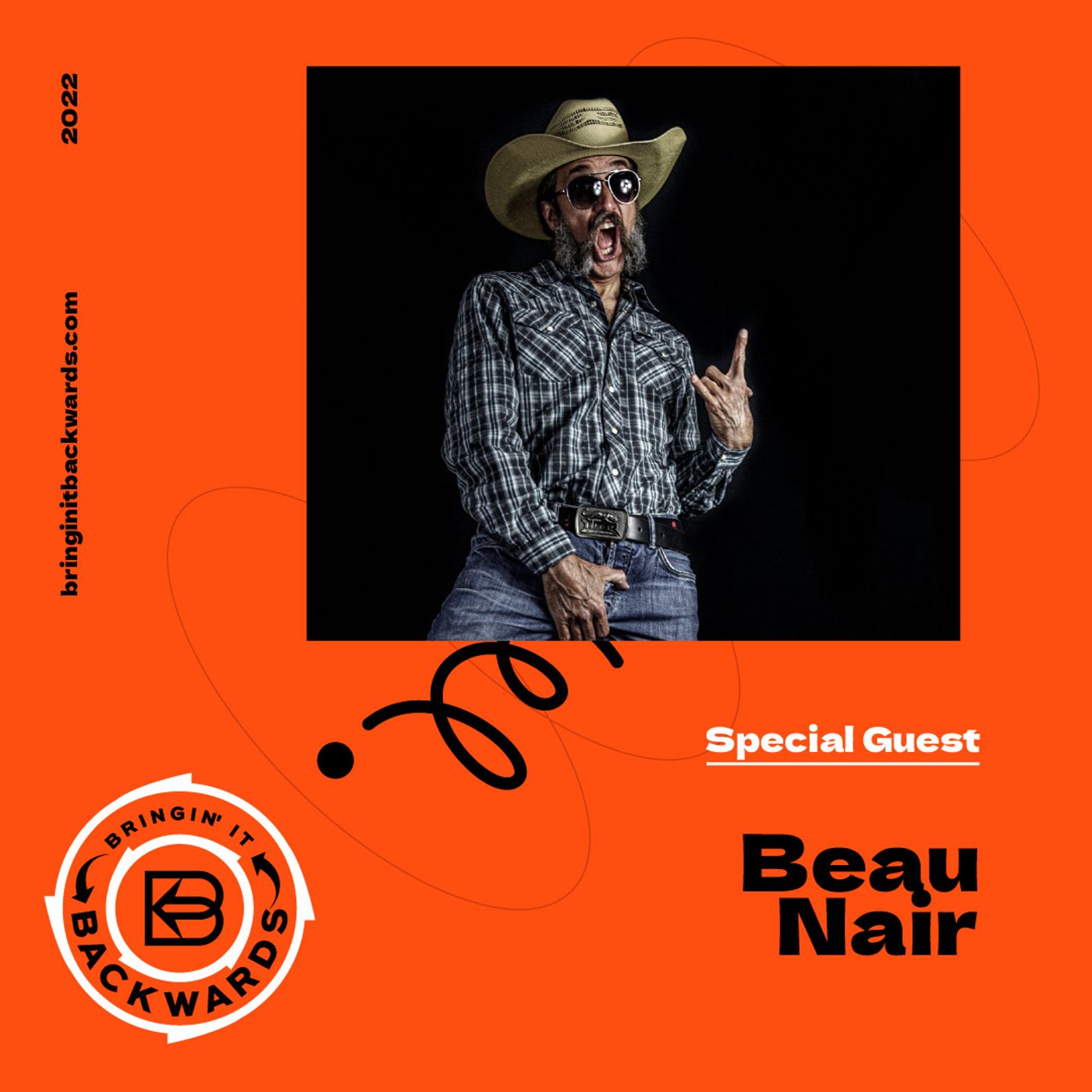 We had the pleasure of interviewing Beau Nair over Zoom video! Beau Nair is not your run of the mill Country artist. At an early age he mastered the bass guitar and decided that he was going to bring something …