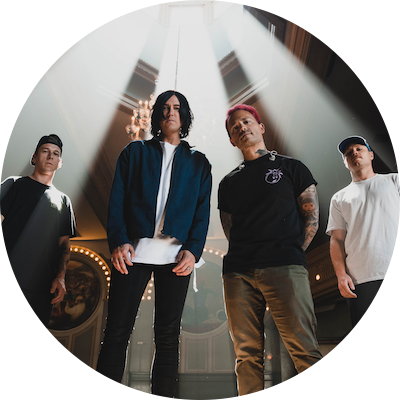 Vocalist for Sleeping With Sirens

Sleeping With Sirens breathe rarified air. After fourteen years, five studio albums, and thousands of shows, the band has outlasted many of their peers while crafting an undeniably unique path through modern alternative rock. With each release, the quintet — Kellin Quinn [vocals, keyboards], Jack Fowler [lead guitar], Nick Martin [rhythm guitar], Justin Hills [bass], and Matty Best [drums] - continue to hone their mix of unflinchingly honest lyricism, unforgettable riffs, and pulse-pounding percussion while boldly exploring new creative frontiers. That future-forward perspective, coupled with a deep connection to listeners, has established Sleeping With Sirens as a beacon of hope in a world desperate to find silver linings.

On Complete Collapse, the band’s sixth studio album, Sleeping With Sirens cut straight to the bone, as they process life in modern times. “We’re coming to terms with the new reality we are in,” explains Quinn. “Things have changed so rapidly, and we’re all doing our best to process it. There’s a feeling of heaviness to the record, both in sound and emotion. We’re trying to figure out what’s going on and where we’re going. We’ve seen so much stagnation, but also a lot of change that wasn’t necessarily for the better. We’re realizing now that our voice, and what we’re able to say or should say, needs to come through the music. It’s not about what you can say on Instagram or Twitter, it’s about what you’re saying through your work.”

Helping the band amplify their voice and bring Complete Collapse to life is a murderer’s row of guest appearances from alternative rock’s brightest stars and the next generation of talent. Spencer Chamberlain from Underoath appears on the lead single, “Crosses,” which tackles themes of identity and self-confidence. Elsewhere on the record, Charlotte Sands appears on “Let You Down,” singer-songwriter Royal & The Serpent joins “Be Happy,” and Dorothy lends her incredible voice to the romantic anthem “Us.”

“We’ve never been a group that did a lot of features in the past, and that’s honestly because I hated giving parts away. But for this record, it started with “Be Happy.” Once we heard Royal & The Serpent on it, that opened the door for us, and it became a baseball card collection type thing for us. We started thinking about who we would love to have on a song, and Spencer from Underoath was one of the first that came to mind. Charlotte Sands has been a fan for a long time and we always talked about working together, so I reached out on Twitter and asked her to participate. She crushed it.”

Also contributing to Sleeping With Sirens’ ongoing evolution is the band’s continuing focus on storytelling. More than any other album in the group’s catalog, Complete Collapse revels in its narratives, especially those that connect with stories and themes from previous releases. “Family Tree,” for example, features lyrical and thematic references to “A Trophy Father’s Trophy Son” from 2011’s Let’s Cheers To This.

“This record bridges the gap between our first and last records,” says Quinn. “I think our longtime fans will experience a lot of “a-ha” moments while listening to the record because we specifically added to give our fans something they’ve been asking to do for a while.”

He continues, “We touched a lot of bases on this record. We touch on family issues, anger, and depression. “Be Happy” is a perfect example. You can have everything you want, but we’re still unhappy. We have filters on our phones to make us beautiful, but they don’t make us feel good. We do things to make ourselves look or seem like someone else, but we must learn to accept and be ourselves.”

Now that the album is complete Sleeping with Sirens is looking to the future. “I think this is a stepping stone album for us,” says Quinn. “We’ve been exploring what the band can sound like moving forward, but we are making an effort to let our fans know we won’t abandon the things they’ve come to expect. If a song like “Us” takes off, that may open new doors for us, but if something more familiar like “Ctrl+Alt+Del” works, we’ll pursue that. After fourteen years, we want to be a band people respect, and I think we’re well on our way.” 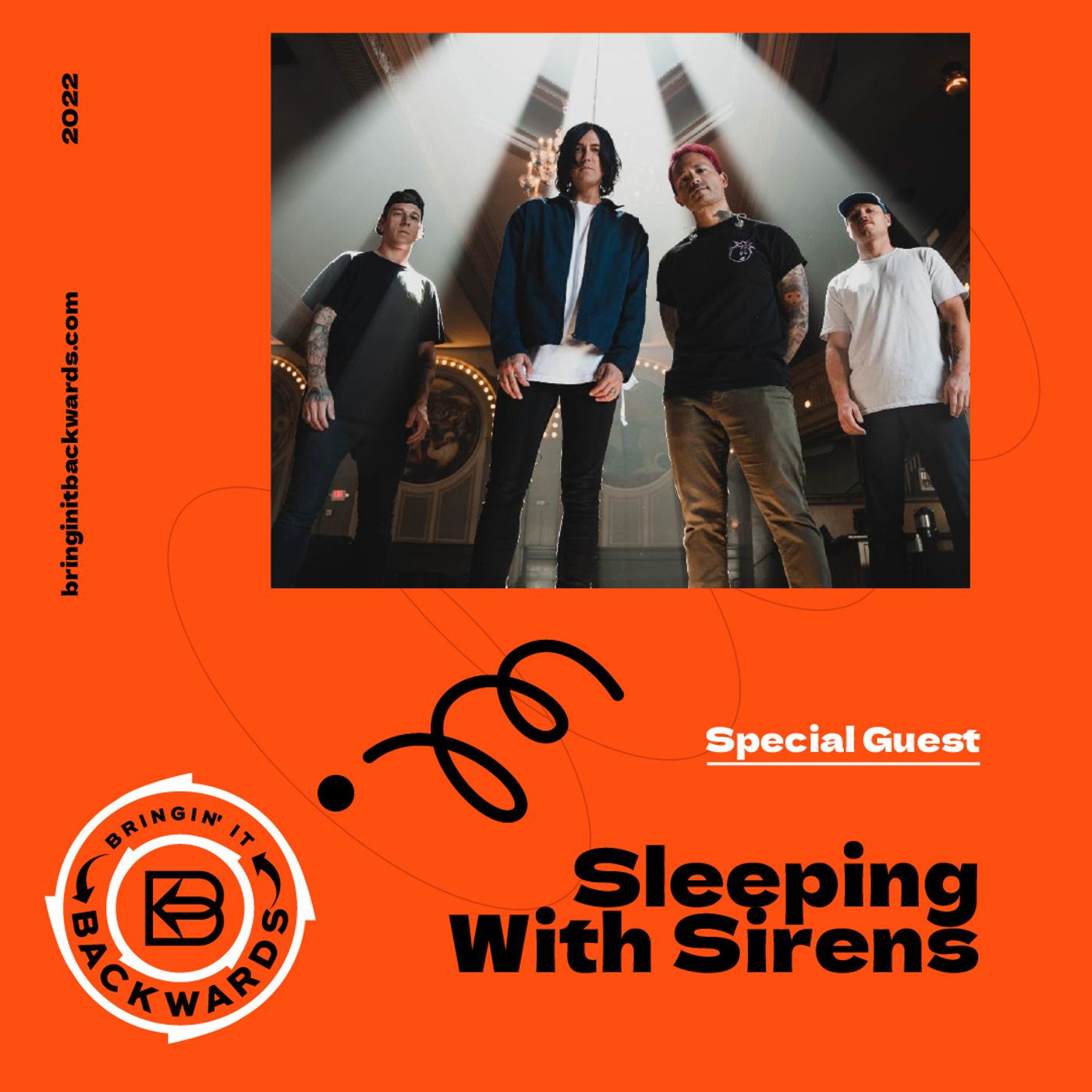 Interview with Kellin Quinn of Sleeping With Sirens